As a matter of fact, e-cigarettes aren’t a completely safe alternative to tobacco smoking. This is for the reason; no enough studies / clinical trials are providing a solid proof of such a fact. It may be declared as a very safe alternative in the near future. 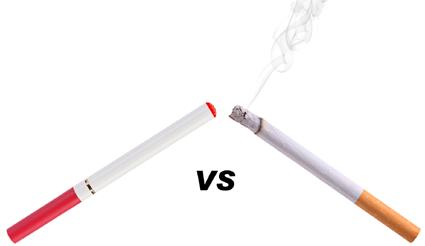 Tobacco cigarette smoking kills almost half a million people a year in the United States. Also, Most of the harm comes from the thousands of chemicals that are burned and inhaled in the smoke. E-cigarettes don’t burn, so people aren’t as exposed to those toxins.

The worst critics of e-cigarettes would probably argue they’re two-thirds less dangerous. But from a practical view, they’re probably on the order of 80% to 85% less dangerous, at least.

Moreover, it is very clear that e-cigarettes has a non negotiable advantages over tobacco cigarettes that make them safer as alternative. From these advantages:

Cigorette™ Golden Membership Program To better serve our customers as well as to create u...
Top
Do NOT follow this link or you will be banned from the site!
Cigorette Inc.